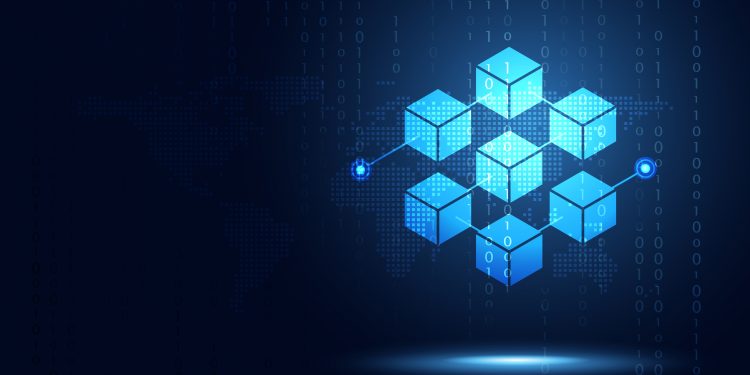 The economic slowdown of the mid 2000’s, which started with the Lehmann Brothers going bankrupt, can definitely be credited to the failure of the banking system. In order to combat this severe setback, Blockchain technology was touted to be as the next big thing that could solve the various anomalies in the conventional Banking system. The wave created by the Blockchain technology, in the early 2010’s, is transforming everything and has now burst into mechanisms for payments, transactions and raising/investing money in the corporate world.

Blockchain is a common feature of the distributed ledger technology. This technology uses a digital system in order to record and document a certain transaction facilitating the entire detailing and component to be stored at multiple places at the same time. This technology is the brainchild behind crypto-currencies like Bitcoin. Bitcoin has garnered a separate niche for itself in the digital arena. Blockchain was even recognized in a positive stride by former Finance Minister- Late Shri. Arun Jaitley, in the Union Budget 2018 speech- wherein he put forth the government’s view in placing due consideration on distributed ledger system-blockchain in order to further digital developments in the country.[1]

The ever rising banking failure

The unsecured promissory note, popularly known as ’Commercial Paper’, that is issued by corporations in order to raise funds to meet their short term debt requirements is singularly backed by the bank that issues it to ensure the creditor of the face amount on attaining maturity as specified on the note. As per the extensive data put together by Edelweiss, financial companies sold Rs. 54,113 Crores worth of commercial papers in October 2018, which was roughly one-third of the average sales in the month of July and August to the tune of Rs. 1,53,165 Crores.[2]

Infrastructure Leasing & Financial Services (IL&FS) has spearheaded the biggest infrastructure projects in India like Delhi – Noida Toll Bridge, Ranchi – Patratu Dam Road, Chenani-Nashri tunnel (India’s longest tunnel), Baleshwar Kharagpur Expressway, Tripura Power Project and many more. In September 2018, the large scale Commercial Paper defaults by IL&FS amounting to Rs. 91,000 crore came to light.[3] IL&FS defaulted in realizing its monetary obligations towards loans and deposits and in the process reached an exorbitant debt equity ratio of 18.7.[4] India’s public sector banking failure was further exposed by the infamous fashion jeweler Nirav Modi who duped Punjab National Bank of Rs. 14,000 crores approximately.[5] The bank issued a plethora of Letters of Undertaking and Letters of Comfort to the businessman that burnt a huge hole in the bank’s accounts resulting in discontinuation of the Letter of Undertakings by the Reserve Bank of India.

Both the aforementioned recent instances triggered a liquidity panic across the financial market resulting in diminishing trust from the common man who started to look elsewhere for a more transparent and secure mechanism.

The above explained irregularity and inconsistency, that the banking system has been constantly exposed to, can be bridged by using blockchain technology via smart contracts as the data once entered on a blockchain can neither be erased nor modified. In 2019, Mrs. Nirmala Sitharaman, in her maiden budget as the Finance Minister touched upon the increasing financial intricacy posed by liquidity crisis.[6] The Hon’ble Finance Minister suggested combating this predicament through an extensive recapitalization process that banks should adopt.[7]

Blockchain is a cryptographically secure list of records that is resistant to modification of data. Another characteristic of the Blockchain technology is that the records of the transactions are encrypted making it almost impossible to hack into the records or misusing the transaction by either of the parties. If such a scenario was deemed to happen, then firstly the entire blockchain would have to be distorted to change a single record as each individual code/record is preceded and succeeded by a particular record. Block chain thus allows for fast, secure, transparent, permanent, and tamper-proof way of recording a transaction, something that appeals in transactional industries like banking and finance.

The vital principle on which a Smart contract works is that it not only lays down the terms and conditions as required by a conventional agreement but also enforces these obligations and penalties under the agreement automatically on completion and/or default, respectively. In layman terminology, Smart Contracts follow the orthodox ‘If/then’ norms that are coded into a blockchain, thus reorganizing and modernizing the complex process that entails a certain number of intermediaries.

In the year 2017, YES Bank, in its effort to ease the process of banking complexities, was one of the pioneers in introducing the blockchain technology for Bajaj Electricals in order to facilitate the development of banking system in India including not only the supply chains but also the financing structure. Yes Bank, in the process of introducing this block chain service for Bajaj Electricals, knowingly or unknowingly has opened up a more contemporaneous technique that could definitely revolutionize the banking practices of this country by increased transparency, speed, security and a plethora of connections in order to maintain records.

The Banking sector is an ever evolving industry, thus, making it imperative for the sector to move at par with technology and focus towards innovation. Mr. Rana Kapoor, the Managing Director and chief executive officer of Yes Bank said “Since inception, YES BANK has used technology and innovation, as mission critical pillars, to offer a superior banking experience to its corporate and retail customers. Our blockchain implementation is a continuation of this philosophy to offer revolutionary banking technology to our clients.”[8]

By creating such a technologically driven network, Yes Bank has definitely moved closer to fully digitalize the vendor financing chain of its clients. It the blockchain technology works in consonance with IBM’s technology driven innovative platforms, it is bound to generate momentous waves in the global banking space by ensuring that the supply chain is free of all impediments, in turn, providing customers with a relative ease to make transactions in this secure system.

By way of this huge dive into revolutionizing the entire banking sector, Yes Bank offered a plethora of comprehensive innovative solutions to Bajaj Electricals that use the Hyperledger Fabric supported by IBM to design a vendor financing solution. As a result of which, Yes Bank voluntarily consented to digitalize the process for discounting and further disbursal of funds to Bajaj Electricals’ vendors with the help of the newly designed banking systems. This not only reduced the voluminous paperwork that includes invoices and subsequent paper trails but also helped in significantly decreasing the time consumed -giving real time updates of transactions to either parties.

Furthermore, in the year 2018, in a move that was lauded by many, Yes Bank commercially launched its blockchain services.[9] Yes bank’s model rests on the principle of collaboration with the clients rather than ownership. Collaboration and creation of an open environment for innovative developments ensured the development and adaption of this new technology.

YES Bank’s numerous endeavors to help make the banking system more efficient were again evidently seen very recently in the month of July, 2019, when it facilitated the issuance of a Commercial Paper of Rs. 100 Crores for Vedanta Limited, by using the blockchain technology for the first time.[10] It is regarded as Asia’s first Commercial Paper issuance over Blockchain technology. This transaction was completed in partnership with MonetaGo which is a highly renowned financial technology firm in New York, USA. The stakeholders, vide this smart contract –blockchain oriented issuance of Commercial Paper experienced and benefitted crucially from the reduction in turnaround time for issuance, reduction in operational risks due to heavy encryption of records and near real time visibility of redemption. This solidified Yes Bank’s stance on being the forbearer of a technology driven banking sector in its unparalleled approach and willful commitment to innovative practices.

It’s been a decade since the Blockchain technology came into existence and evidently not many want to implement the same as an enterprise solution. Financial and banking services can definitely be termed as the most fitting industry that should be subjected to technological innovation. Speaking worldwide, Blockchain has been the point of discussion for modernizing the banking and finance sectors over the last few years. Many major banks worldwide have adapted blockchain projects in the hopes of simplifying cross border payments and increase transparency.

Since the terms and conditions are fully visible to all parties and that the stakeholders can observe real time visibility of transactions, smart contracts leave minimal room for error in financial transactions. The potential benefits of smart contracts are multifold. In addition to the obvious increase in the level of security, Smart contracts also offer immense accuracy and transparency. The self-executing nature of smart contracts has already sparked wide interest in industries where transactions have to be done without any third-party interference and fraud. It thus is just a matter of time that smart contract-blockchain oriented innovative technology stands the test of time and is widely adopted in the foreseeable future.

[4] ET Online, IL&FS: The crisis that has India in panic mode, https://economictimes.indiatimes.com/industry/banking/finance/banking/everything-about-the-ilfs-crisis-that-has-india-in-panic-mode/articleshow/66026024.cms?from=mdr, accessed on 6th October

One Reply to “Smart Contracts: Revolutionizing the Banking Sector?”